The Mars Society, the world’s largest space advocacy organization dedicated to the human exploration and settlement of the planet Mars, is pleased to announce its new Indiegogo crowdfunding campaign for our Mars Virtual Reality (MarsVR) project.

Our project will deliver a stunning Mars experience to schools, museums, the public and our future space explorers. The goals of the project are to create a high-quality virtual reality simulation of future human exploration of the Red Planet, as a tool for both public outreach within STEM programs in schools and museums and to train analog astronauts at our real-life Mars Desert Research Station (MDRS) located in the Utah desert.  There will also be a PC option for some of the core modules to encourage maximum accessibility for all.

Speaking about the project in our new documentary-style video trailer, Mars Society Founder and President Dr. Robert Zubrin described how this new technology could make a huge impact on the future human exploration of Mars:

“What we hope to demonstrate in our VR program is a new way of exploring Mars, one which could bring millions of people into the game, in terms of participating directly in the exploration of the Red Planet.”

Our project aims to raise a minimum of $100,000 via this Indiegogo campaign over the next six weeks, to directly fund the development and operations of MarsVR throughout 2021 and beyond.  Assuming a successful campaign, we will release this application on the Steam platform as a free download, with additional modules with crew training, educational and research-oriented content available for purchase at modest amounts.  If we exceed the initial 100K goal of the crowdfunding campaign, we will accelerate our long-term plans to work with museums and educational institutions to integrate MarsVR into their programs and curriculum.

Interested members of the public can contribute any amount to the Indiegogo campaign by visiting www.MarsVR.com.  There are several pledge levels available which provide rewards such as an early “Beta” version of the MarsVR application, the ability to place names of individuals and companies within the VR application, and to sponsor schools and museums to get the experience first.

Also, for only the second time ever, the general public will be able to purchase time at the Mars Desert Research Station in Utah by pledging to the project.  Some larger rewards include a VR treadmill from our partner Infinadeck, similar to the VR treadmills seen in the movie “Ready Player One”, and the “Ultimate VR Package” which includes the latest VR hardware such as a haptic bodysuit, smell producing hardware, an Infinadeck treadmill, and a VR headset with a high-end laptop pre-configured for the entire multi-sensory experience.

The Mars Society will be partnering with the industry-leading team at MXTReality in Seattle, Washington who have developed over a hundred successful VR projects including a magic carpet ride over Seattle and a VR experience of bungee-jumping from the Space Needle, among other work for commercial, governmental, and aerospace industry companies. Jeff Rayner and his team are experts at all aspects of virtual reality and have already been partnering with many of the leading companies in the VR industry.

The Mars Society and MXTReality will work together to grow an ecosystem of supporters, corporate partners, tools, resources, and new experiences for MarsVR and will strive to bring awareness of this work to many different communities including NASA, the aerospace industry community, the space advocacy community, and members of the general public worldwide.

For more information and to participate in the campaign, visit www.MarsVR.com.

What you need to know: The first Early Access release of MarsVR, showcasing the Mars Society’s Mars Desert Research Station, is now available to the general public. MarsVR is listed in the Steam directory of VR applications, the main VR content platform, and supports most major brands of VR headsets. This version of MarsVR is a guided tour of the campus and surrounding terrain.  Future versions will add building interiors including objects used in analog space missions as well as… READ MORE >

We invite you to watch a video report by James L Burk, our new Executive Director, about his first full month in the role. The five-minute video lists a number of key accomplishments achieved since January 1st, such as the announcement of our Telerobotic Mars Expedition Design Competition (TMEDC). James also outlines plans and initiatives for next month, including the official public release of our Mars VR Virtual Reality project. To watch the new video report, please click here. This… READ MORE > 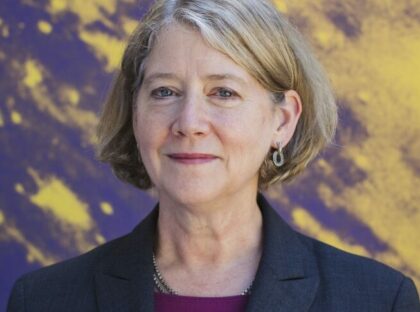