For the past few weeks, an article has been circulating throughout the Mars science and exploration community that serves as a sharp reminder of how much work remains to be done in educating the public (and apparently journalists) on the subject of the red planet. ‘Mars Is a Hellhole’ seemingly aims to characterize the objective of a long term human presence on Mars as folly. By couching scary-sounding Mars factoids within a blatantly ad hominem swipe at Elon Musk, it… READ MORE >

Humanity has some unfinished business with the Moon. The lunar surface has fallen back into the realm of the remote and unfamiliar for too long. The Apollo landings kindled a dream of an expansive, space-faring future for our species, and that vision continues to inspire us nearly a half century later. Though we have sustained an ember of that dream through crewed missions to the International Space Station, it diminishes a little with every passing year that we do not… READ MORE >

The assertion “we need to protect Earth” is almost invariably met with heartfelt agreement. The fragility of our ecosystem, and the part we have to play in caring for it is well understood. Our efforts (or lack thereof) on that project are justifiably a matter of debate and political action. We have a great deal of work to do, and some of us still need convincing but for the most part we get it; it’s up to us humans to… READ MORE > 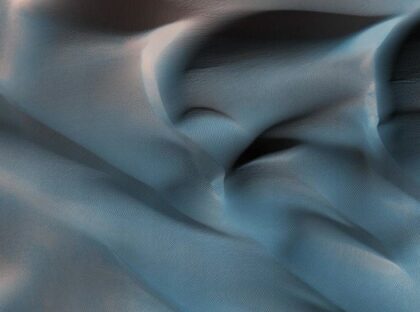