From the perspective of a human perched in orbit on the International Space Station, the sun appears to rise and fall every 45 minutes. With continents rolling below in fleeting day and night, astronauts report that the passage of time can feel strangely warped.

To those spacefarers hurtling past the whole of civilization, skipping from dawn to dusk and back again, the relentlessness of change and the transience of all things must be palpable.

One need not be in space, however, to feel like the world is rushing by. Indeed, this sense has become familiar to many of us back on Earth in recent years. So much has changed in so little time.

As we stagger breathless out of a global pandemic that took us by surprise, and fall headlong into a war in Europe the likes of which we thought we would never see again, we are reminded of one simple truth:

The speed of change can be astonishing.

I remember the moment when I fully grasped the seriousness of COVID-19. It was a Saturday evening and I was sitting on the patio of a promenade bar that overlooked the Mediterranean Sea.  Instead of enjoying the view, however, I was staring at my cellphone in disbelief.

The coronavirus outbreak had just been declared a pandemic, the government of Canada was pleading with its citizens abroad to return home “while they still could” and I was about 4,000 miles away, traveling in Croatia.

The night before, I had visited that same promenade and found it bustling with the energy you would expect from a popular tourist town. Only 24 hours later, that lively international crowd of thousands had all but disappeared. Instead, a few scattered groups of people now huddled together in cautious deliberation as travelers and locals alike processed this alarming development. It was like having front-row seats to a global shift in mindset.

The carefree atmosphere of the previous evening contrasted sharply with the quiet fear that now lingered in the air. I think we all realized that the world was about to change.

And indeed, it did.

In the years that followed, our world toppled into a period of rapid flux. In response to that invisible viral enemy, we withdrew from one another. Schools, offices, and houses of worship were emptied. Our gathering places became dark and silent as concert halls, playgrounds, and restaurants were shuttered.

Even the most basic social contracts were disrupted, as a hug from a family member or a handshake from a colleague became potentially dangerous. The foundations of human commerce and education, closeness, and community were upturned practically overnight.

Then, just as we pulled away from the worst of the pandemic and began to claw back some sense of stability, the ground jerked away beneath us again.

It has been almost three months since Vladimir Putin began his grotesque invasion of Ukraine, and the world continues to look on in horror as the cities of a peaceful and democratic nation are pounded into rubble. For decades we regarded full-scale conventional war in Europe as an artifact of the past, something never to be repeated. This common belief held all the way up until the moment that Russian troops openly crossed the Ukrainian border.

It is truly surreal how swiftly this grim circumstance came rushing out of the confines of distant history and into the sobering present.

It feels as though we are tumbling together into the veil of some uncertain future, and many of us are feeling disoriented or disturbed by that sense of freefall. It’s difficult not to look forward with apprehension and think to ourselves “what could possibly be next?”.  We can, however, find hope in the speed of change.

Despite the challenges we’ve faced in recent years, the bewildering speed at which they have unfolded can – paradoxically – be a cause for optimism.

Before COVID-19, very few of us could have guessed that we would live to see a global pandemic, despite the warnings of experts. Similarly, until the invasion of Ukraine, nearly all of us believed the days of conventional warfare in Europe were long gone, even after witnessing the annexation of Crimea.

We spend so much time existing in the microcosm of our daily lives, building an illusion of permanence and stability to function as individuals, that we often cannot see the great ebbs and flows of history just around the corner. The speed of change – even when we ought reasonably to have expected it – defies our intuition.

In a sense then, amid these difficult transitions, we are all like astronauts – displaced from the tether of a familiar world and confronted suddenly by the speed and indifference with which it rolls passed us.

There is, however, hope to be found in our freefall.

We can emerge from these difficult years with a renewed sobriety for the speed of change, and take it as an opportunity to recalibrate our sense of the future. Witnessing how different our world can be from one moment to the next might rob us of our illusions of permanence and stability, but it should also endow us with a sense of awe and possibility.

When you imagine a human standing on the surface of Mars within the next decade, how does that possibility align with your intuitions about the speed of change? Do you feel a sense of incredulity? Of distance from present reality?

Does it feel likely?

If not, pause to consider that the sum total of necessary changes in the world around us to place a human on the red planet would be exponentially lesser than those we have endured or enacted since the beginning of the pandemic.

We should reflect on that fact with a sense of excitement.

However disoriented we may feel in the wake of such rapid and difficult change, we should also take heart. Who knows what else is just over the horizon. 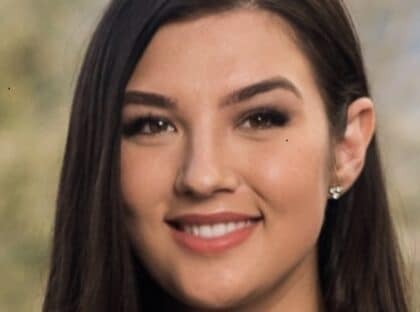 The Mars Society is pleased to announce that Ashton Zeth will be serving as the new host of its video podcast, Red Planet Live (RPL), beginning in January 2023. The show will focus on a wide variety of topics, including Mars and space exploration, STEM education, technology, women in science, and much more, with exciting and open discussions involving experts in these respective fields. A Washington resident with experience in SaaS sales, strategic communications, business development, and public speaking, Ms…. READ MORE >