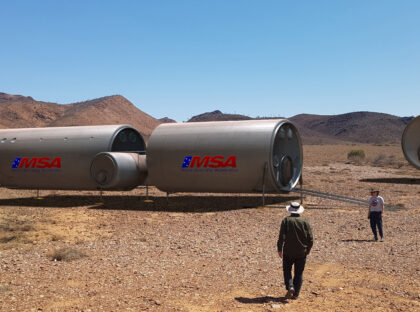 In addition, Dr. Gordon Cable, a clinical associate professor at the University of Adelaide’s Faculty of Health & Medical Sciences, talked about space medicine and how analog research can benefit it.

Finally, Dr. Jon Clarke, MSA President and veteran analog astronaut, summarized the Arkaroola site and the planned analog design, adding “There is broad cased support and agreement that the MARS project is an idea whose time has come and will align with national and state space priorities.”

For more details about the MARS analog project in Australia, please contact Dr. Clarke at: [email protected]. If you would like to help support MSA’s Mars analog project, visit https://bit.ly/3gWbSV2 to make a contribution.