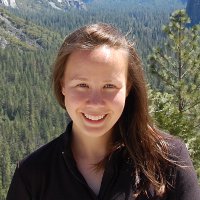 The Perseverance rover landed on the planet Mars earlier this year in February, with the goal of searching for signs of ancient life and collecting samples of rock and regolith (broken rock and soil) for eventual return to Earth.

A research scientist at JPL since 2012, Dr. Morgan also serves as a member of the Mars Science Laboratory (MSL) Science Team. Her research focuses on the Martian sedimentary rock record, using orbiter and rover image data to better understand the evolution of ancient surface processes on the Red Planet.

Dr. Morgan received her B.A. degree in Geosciences & Astronomy from Williams College, and her M.Sc. degree and Ph.D. in Geology from the California Institute of Technology.

This years virtual Mars Society convention will be free of charge (although donations are welcomed). For complete details, including how to register online, please click here. Regular updates, including a list of confirmed speakers, will be posted in the coming weeks on the Mars Society web site and its social media platforms.