The Mars Society invites you to join us this Thursday (July 15th) at 6pm PST / 9pm EST for the next episode of our Red Planet Live video podcast with an amazing discussion with Crew 245 about their recent two-week simulation at the Mars Desert Research Station in southern Utah.

Learn what it’s like to serve as an analog astronaut in one of the most Mars-like environments in the world. How did the crew deal with the close quarters and isolation? What kind of food did they eat? How did it feel wearing space suits during their EVA missions outside the station? Questions are also welcomed from the general public via email.

To join our Red Planet Live broadcast this Thursday, please visit our Facebook page, Twitter feed or Linkedin page to learn more or to click on the reminder button.

Owned and operated by the Mars Society since 2001 and located in southern Utah, the Mars Desert Research Station (MDRS) is the largest and longest-running Mars analog facility in the world. The MDRS campus currently houses six structures, including the main habitat (or hab), used as crew living and work quarters, a domed research lab, an engineering module, a greenhouse, and two astronomical observatories.

During the typical crew field season, which runs from September through May, the station supports field research in pursuit of the science, technology and operations required for eventual human exploration of the Red Planet and has served as home to over 1,000 crew members over the past two decades. Each crew typically consists of 6-8 members and carries out, on average, a two-week Mars analog program at the facility.

T minus 7 days until the crew field season begins at the Mars Society’s Mars Desert Research Station in Utah! NorCal Chapter of the Mars Society continues to design and create spacesuits for MDRS and its crew members, who carry out important research and field exploration during two-week simulations in the Mars-like terrain of southern Utah. New to this field season, which begins on September 26th, are the 3-D printed neck rings which are HALF the weight of the last… READ MORE >

The Mars Society is pleased to announce that Maria Antonietta Perino, Thales Alenia Space Italia’s Director of Space Economy Exploration & International Network, will be making a virtual presentation entitled “Exploration: From LEO to the Moon and Mars” during the 24th Annual International Mars Society Convention, scheduled for October 14-17. Ms. Perino joined Thales Alenia Space Italia in 1986, where she has been responsible for the major programs related to Moon and Mars exploration for the Italian Space Agency and… READ MORE > 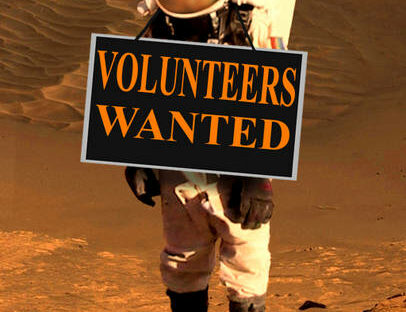 The Mars Society will be convening (virtually) its 24th Annual International Mars Society Convention October 14-17, 2021. Leading experts from the global space community will be discussing the latest news about exploring Mars and plans for a human mission to the Red Planet. We’re looking for a few tech-savvy volunteers to help us with managing aspects of the online four-day conference. If you’re interested in helping out, please contact Carie ([email protected]). Thanks!… READ MORE >