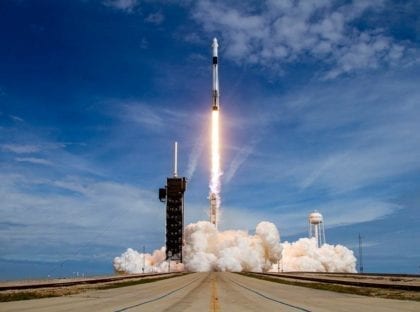 The success last month of the SpaceX Dragon’s flight to the International Space Station was the first time in nearly a decade that Americans traveled into space aboard an American vehicle launched from U.S. soil. That is important, but we think the flight actually means even more. This commercially developed spacecraft has given our nation the means to carry crews to the moon — and perhaps beyond — much faster and cheaper than has ever been envisioned. Shouldn’t we take advantage of it?

In March 2019, Vice President Pence challenged NASA to land astronauts on the moon by 2024 “by any means necessary.” This was a potential breakthrough, because after nearly 50 years of drift, the White House was finally giving NASA’s human spaceflight program a concrete goal with a clear timeline and forceful support — a necessity for any progress and the restoration of the agency’s can-do spirit. The purpose for the mission itself is a blend of economic, scientific and world leadership goals designed to make the investment worthwhile to all Americans.

NASA’s response to Pence’s challenge was to proceed with what it already had in the pipeline: the Orion crewed spacecraft and the massive shuttle-derived Space Launch System (SLS) heavy-lift expendable booster rocket. SLS has been in slow-walk development since 2006, with more than $18 billion spent, but it is still years away from launch. Considering this track record, we unhappily doubt the SLS/Orion combination will meet the vice president’s challenge.

But now we have an alternative. The contract that resulted in the Dragon crewed spacecraft was issued by NASA in 2014. Six years and $3 billion later, it has flown astronauts into orbit. What SpaceX did was show that a well-led entrepreneurial team can achieve results that were previously thought to require the efforts of superpowers, and in a small fraction of the time and cost, and even — as demonstrated by its reusable Falcon launch vehicles — do things deemed impossible altogether. This is a revolution.

We recognize the hard work that NASA and its contractors have put forth on Orion/SLS, but they have simply been left behind by more nimble commercial companies. Dragon is not just cheaper than Orion; it is much better, because it is much lighter. The Dragon has a mass of 9.5 tons, compared to Orion’s 26.5 tons. Orion could have been designed lighter, but NASA has received so many conflicting directives from successive administrations — Orion was once required to fly to the asteroid belt! — it ended up with an elephant, not the racehorse it needed.

Moreover, SLS cannot deliver Orion to low lunar orbit like Apollo with enough propellant to fly it home. To fix this, NASA wants to build a new space station in high lunar orbit, which it calls the Gateway, to provide Orion with a destination that it can reach. But to travel down to the moon and back up to the high Gateway orbit requires a lander with double the propellant needed from low orbit. This Rube Goldbergian plan will cost billions and add years to the schedule of what has become known as the Artemis program.

But is Crew Dragon capable of replacing Orion? We think so. Weighing only 20 percent more than the Apollo capsule, it has 50 percent more internal space, making it more than large enough. Not only that, we wouldn’t need to wait or pay for an SLS to get it there. SpaceX’s already operational Falcon Heavy launcher could send it to low lunar orbit with a fully fueled return stage, eliminating the necessity for the Gateway station. To land would still be a two-rocket situation — one to deliver the Dragon to lunar orbit and another to send the lander — but vastly cheaper and faster, requiring two Falcon Heavy rockets instead of two SLS boosters, which each cost 10 times as much. NASA has tapped Blue Origin (whose founder, Jeff Bezos, also owns The Post), Dynetics and SpaceX in a moon-lander competition. We anticipate the same entrepreneurial spirit that produced Crew Dragon to prevail in its development.

It’s time to get on board with the new reality SpaceX and other commercial companies, working closely with NASA, have provided. We propose that a Crew Dragon first be sent in an Apollo 8-type flight around the moon as a demonstration, followed closely by a landing with a commercial lander. The SLS being assembled can be reserved for a future heavy uncrewed payload; Orion can be readied for use in Mars or other crewed interplanetary missions. The question for the administration and Congress is this: Do you really want to reach the moon by 2024?

Robert Zubrin is founder of the Mars Society and president of Pioneer Astronautics. His latest book is “The Case for Space: How the Revolution in Spaceflight Opens Up a Future of Limitless Possibility.” Homer Hickam is the author of “Rocket Boys/October Sky,” a retired NASA astronaut trainer and spacecraft engineer, and a board member of the U.S. Space and Rocket Center.

The Mars Society will be hosting a virtual Facebook Watch Party for the upcoming landing of NASA’s Perseverance Rover on the surface of the planet Mars. Launched on June 30, 2020, “Percy” is scheduled to set down on February 18th inside the 28-mile-wide (45 kilometers) Jezero Crater, where it will then begin its mission to explore the nearby area in search of signs of past and present life. We invite you to mark the arrival of the latest Mars rover by joining our live Facebook… READ MORE > 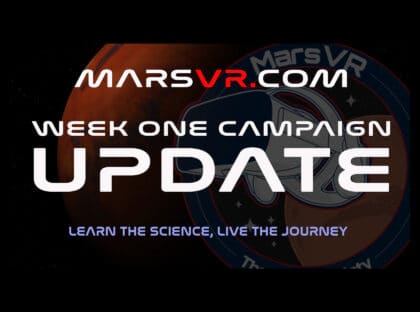