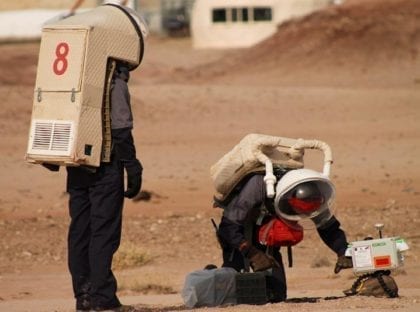 An excellent report by Clément Plagne, journalist for Crew 223 (Supaero II) currently stationed at the Mars Society’s Mars Desert Research Station in Utah, explaining why he and his team participate in the MDRS analog program.

If you’re reading this, it probably means that you’re either a family member or friend of ours, interested in science and the exploration of Mars or both. From your point of view, being out in the desert and being like astronauts for some time is fascinating or at least intriguing. There’s this funny bubble of odd people, who see the prospect of near-total isolation from the outside world as something to envy or to try out yourself. They read about the golden age of superhero astronauts and look with admiration to the people shooting themselves upwards to live in the literal middle of nowhere, six at most in a metal tube zipping through the vacuum of space.

I have no doubt that every member of our crew is in that bubble. But, as it turns out, most of the world lives outside of it. It’d be stupid to imagine ourselves as more adventurous or curious than them – and I like to imagine we’re no less normal than the rest. They simply don’t see the point, and it’s not unreasonable. They ask: how will you live away from everyone you love? Why would you live without showering for weeks? Why are you doing this?

From inside the bubble, it’s easy to dismiss those questions; they simply don’t get it. But they often do, and they make a great point. Everyone here misses loved ones. We miss being clean, we miss walking outside without 10 kilograms weighing on us, we miss eating whatever we want, we miss knowing the news, we miss watching any movie or reading any book we want. Some people say that a stay at MDRS is just a two-week vacation, a relaxing time away from everything, and they sure are wrong. But those who think that it’s the opportunity of two weeks of acting like cool astronauts are missing the point too.

Yes, there’s the honeymoon period, where everything is brand new and exciting, and you don’t think you can get enough of it. Every day has its unexpected moments of fun and of learning. But the routine sets in fast too. Your hair gets greasy, the spacesuits begin to hurt a little, the experiments don’t work that well, and you can’t get new material in anyway. You remember the time where you could leave work at 5 and sit in a park, breathing the fresh air like everyone else. The distinction between work and daily life gets blurry. Things get boring, and that’s the point. So, yes, why are we doing this?

It’s funny how, after writing so negatively, I still have no regrets about being here. I don’t think anyone in the crew does either, and I’d be sad to imagine people leaving the MDRS wishing they’d done something else. No, it’s not that glam. If any one of us ever walks on Mars, it probably won’t be with the grandeur of the giant leap for mankind, but as one of many starting a colony out there. We don’t do it because it’s cool, no, and certainly not for the fun (though we do have a lot of it).  It’s work, and that’s all there is. And that’s fine. Everyone needs to work. We all sacrifice a bit of our comfort to give it to others, and the world moves onward a little. Nearly everybody doesn’t even have the privilege of wondering why they’re doing their job, and there are very, very few jobs that don’t get boring or tiring.

I like to think every person is a dreamer. Our dream is to work so that, someday, humanity will flourish somewhere else, away from its cradle. It’s no more or less valid than any other. Here, we have the chance of working towards that dream. There are sacrifices, but few are those who get to try and turn their dream into reality. We’re alone, yes. We’re dirty, yes. But we’re lucky. 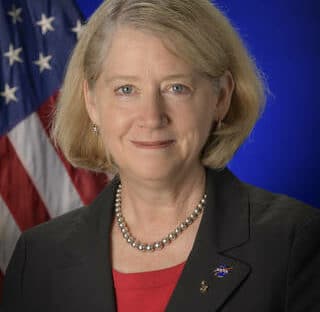 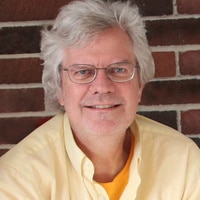 The Mars Society is pleased to announce that Dr. David Poston, Co-Founder of Space Nuclear Power Corporation (SpaceNukes), will discuss the company’s plans to evolve its reactor technology to 5-Mwe Mars surface power systems during the 24th Annual International Mars Society Convention, scheduled for October 14-17, 2021. SpaceNukes has developed a simple, stepwise evolutionary approach to high-power systems that is rooted in KRUSTY – the 1-kWe Kilopower system prototype that was successfully designed and developed in 2018, and was the… READ MORE >