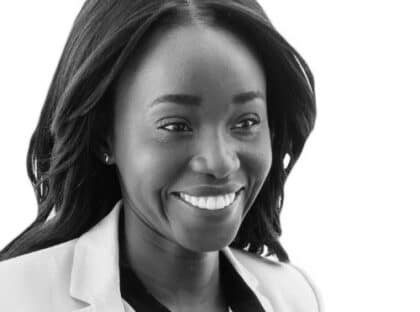 The Mars Society is pleased to announce that Dr. Ezinne Uzo-Okoro, White House Assistant Director for Space Policy, will speak virtually about “In-Space Capabilities for Mars and Beyond” at the 25th Annual International Mars Society Convention on Friday, October 21st, 1:30 pm EST / 10:30 am PST.

In 17 years at NASA, she contributed to over 60 missions and programs – as an engineer, technical expert, manager, and executive – in earth observations, planetary science, helio-physics, astrophysics, human exploration, and space communications, which represent $9.2B in total program value. At NASA Headquarters, she led a helio-physics portfolio of spaceflight missions, including PUNCH, TRACERS, and MAGIC.

While at NASA Ames, Dr. Uzo-Okoro directed the Small Spacecraft Mission Design Division, including the Mission Design Center, led teams in developing advanced spacecraft mission concepts, and developed partnerships with government agencies. In several Chief Engineer roles, she provided oversight for over 20 programs on systems engineering and software systems as technical authority. She led a mission design concept for a constellation of eight small satellites for the HelioSwarm mission.

At NASA Goddard, within the flight segment, she contributed significantly in areas of engineering leadership and technical development of flight hardware and software on several spacecraft missions, including TESS (launched 2018), NICER (launched 2017), GPM (launched 2014), Constellation Program – Orion/EFT-1 (launched 2014), ELC (launched 2009), and Cassini (Saturn’s Orbit Insertion in 2004). Within the ground segment, she co-led the $300M Spacecraft Communication and Navigation Integration Project with JPL and NASA Glenn partners. She served as the technical authority on over 20 mission operational readiness reviews. Within R&D, she led the development of remote-sensing image registration algorithms, which resulted in NASA-owned registration algorithm patents.

She founded Terraformers.com to grow affordable food through productive and networked backyard gardens, as a precursor to growing food in space. Her immigration story is profiled in President George W. Bush’s book, ‘Out of Many, One’.