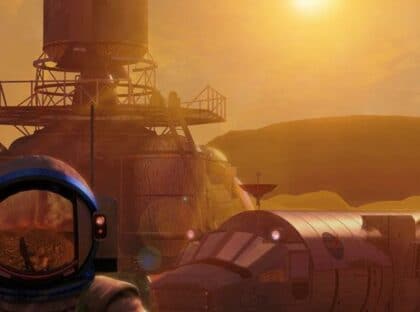 In October 2020, NASA’s Planetary Science and Astrobiology Decadal Survey committee received a manifesto from its Equity, Diversity and Inclusion Working Group (EDIWG). Written by NASA Ames Research Center public-communications specialist Frank Tavares — along with a group of eleven co-authors including noted activists drawn from the fields of anthropology, ethics, philosophy, decolonial theory, and women’s studies — and supported by a list of 109 signatories, “Ethical Exploration and the Role of Planetary Protection in Disrupting Colonial Practices” lacks technical merit. It is, nevertheless of great clinical interest, as it brilliantly demonstrates how the ideologies responsible for the destruction of university liberal-arts education can be put to work to abort space exploration as well.

With praiseworthy clarity as to their bias and intent, the EDIWG authors say that human space exploration must be stopped because it represents a continuation of the West’s tradition of resource development through free enterprise. “All of humanity is a stakeholder in how we, the planetary science and astrobiology community, engage with other worlds,” they say. “Violent colonial practices and structures — genocide, land appropriation, resource extraction, environmental devastation, and more — have governed exploration on Earth, and if not actively dismantled, will define the methodologies and mindsets we carry forward into space exploration. . . . It is critical that ethics and anticolonial practices are a central consideration of planetary protection. We must actively work to prevent capitalist extraction on other worlds, respect and preserve their environmental systems, and acknowledge the sovereignty and interconnectivity of all life.”

The EDIWG authors are equally clear as to the means by which human space exploration and development can be stopped: the “planetary protection” bureaucracy.

“Our primary recommendation is . . . developing planetary protection policies . . . to establish a robust reevaluation of the ethics of future crewed and uncrewed mission to the Moon, Mars, and other planetary bodies with the intention of developing anticolonial practices.”

“Planetary protection” was originally proposed for two purposes. One was to assure that life-detection experiments sent to other worlds did not return false positives resulting from the transport of terrestrial microbes along with the spacecraft. The other was to avert the possibility that dangerous microbes from other worlds might be transported back to Earth. These two contingencies are known as forward and back contamination, respectively.