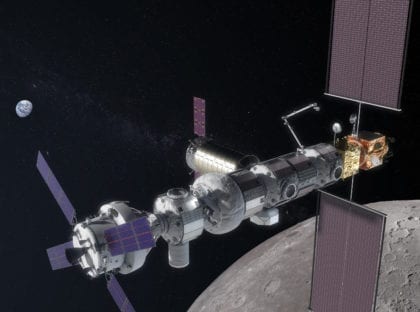 The Mars Society is pleased to announce that a formal debate on NASA’s proposed Lunar Gateway project will take place at the 22nd Annual International Mars Society Convention on the evening of Thursday, October 17th at the University of Southern California.

Currently still in development, Lunar Gateway is intended to operate as a small space station in lunar orbit, providing living quarters for astronauts, a lab for science and research, a holding area for rovers and ports for visiting spacecraft.

The debate proposition is as follows: NASA’s proposed Lunar Gateway is a valuable tool for establishing a human presence in space, on the Moon and on Mars.

Participating in the affirmative will be Dr. Greg Autry, founding Director of the Southern California Commercial Spaceflight Initiative at USC. He served on NASA’s Presidential Agency Review Team and as interim White House NASA Liaison. He is also a member of the Commercial Space Transportation Advisory Committee (COMSTAC) at the FAA and serves as Vice President for Space Development at the National Space Society. In addition, Dr. Autry is a regular contributor to Forbes, Space News, Foreign Policy, the Los Angeles Times and the Washington Times. He holds an MBA and Ph.D. (Public Policy, Economics) from the Merage School of Business (University of California, Irvine).

Participating in the negative will be Dr. Robert Zubrin, President & Founder of The Mars Society. A respected aerospace engineer, Dr. Zubrin is President of Pioneer Astronautics, a Colorado-based company that conducts research and development on innovative aerospace technologies. He and his colleague at Martin Marietta, David Baker, were the driving force behind Mars Direct, a proposal intended to produce significant reductions in the cost and complexity of such a mission. He is a highly-regarded author, best known for his advocacy of the human exploration of Mars. Dr. Zubrin holds a M.S. in Nuclear Engineering and Aeronautics & Astronautics and a Ph.D. in Nuclear Engineering from the University of Washington.

The debate format will involve 15 minute opening statements by each speaker, 5 minutes for rebuttal and 20 minutes for questions from the audience, with answers limited to 1 minute per query. The evening event is open to the public.

For more details about the 2019 International Mars Society Convention, including registration for the four-day conference (October 17-20) and volunteer information, please visit our web site (www.marssociety.org). A list of confirmed speakers and a tentative program itinerary will be posted online in the near future. 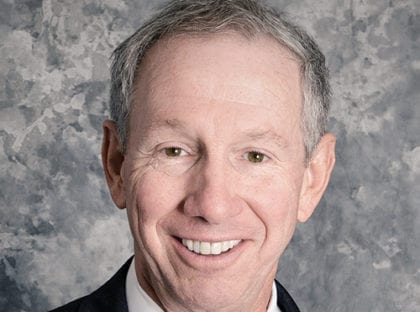 The Mars Society is pleased to announce that Dr. Michael D. Griffin, former NASA Administrator, will be joining us (virtually) as a plenary speaker during the 23rd Annual International Mars Society Convention, scheduled for October 15-18. The title of his address will be “Towards a Destination Driven Space Program.” Dr. Griffin served as head of the U.S. space agency under President George W. Bush. During this time, he focused on creating a more ambitious space strategy, which included the unveiling… READ MORE >