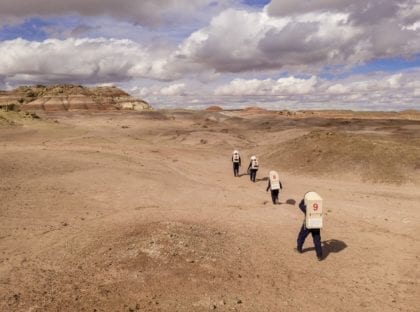 Life on Mars gets a test run in the Utah desert

Hang a right a few miles past the Dirty Devil River, bump down Cow Dung Road, and the barren, red landscape beyond morphs from mere desert into something, well, otherworldly.

Men and women in spacesuits and oxygen tanks pick their way around boulders. One collects soil samples. Another launches a drone.

The radio crackles. “Every day is a new problem,” the operator says with a sigh.

Welcome to Mars. Sort of.

Since 2001, the Mars Desert Research Station, a small complex that includes a laboratory, living quarters, observatories, a repair shop and a greenhouse, has served as a reliable stand-in for an actual base on Mars. The station is operated by the Mars Society, a collection of 10,000 space enthusiasts from more than 40 countries dedicated to exploring and settling the red planet.

Researchers here pretend they are 140 million miles from Earth rather than seven miles from Duke’s Slickrock Grill and the Whispering Sands Motel in Hanksville.

“We are the Martians,” said Hanksville Mayor Kim Wilson. “They are the aliens.”

Now with NASA’s plan to land humans on Mars by 2033 and the promise of commercial space travel, interest in the station has soared. Engineers, physicians, geologists, astronomers, biologists and others come to test ideas related to living on Mars.

Last month, more than 500 college students from 10 countries took part in the station’s annual University Rover Challenge, aimed at creating the best vehicle for use on Mars.

“I could run two of these programs side by side and there would still be a demand,” said station director Shannon Rupert. “You no longer have to work at NASA to go into space, and a lot of people want to go into space.”

Most of the crews are now international and pay up to $1,500 a person for a two-week stay. They are free to perform their own experiments as long as they observe protocol.

That means no one leaves the station without a spacesuit. No one goes out in wind or rain. Electrical and plumbing systems are monitored and the greenhouse tended to. 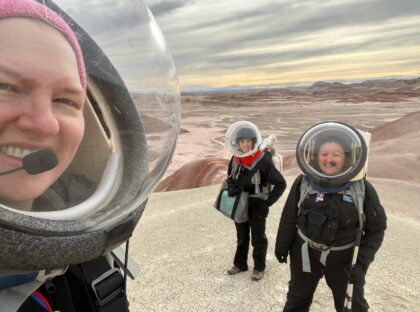