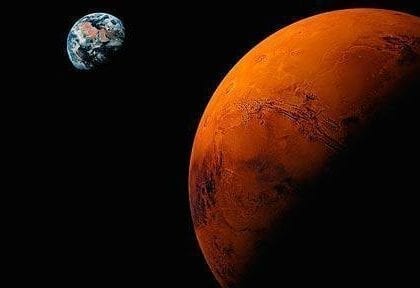 Introduction
The U.S. human spaceflight program is currently adrift. It needs a goal, and that goal should be sending explorers to Mars in our time. In order to help provide such direction and get a real humans to Mars program underway, the Mars Society is launching an international student engineering  contest to design the Gemini Mars mission, creating a plan for a two-person Mars flyby that could be placed on the desk of the President-elect in late 2016 and be completed by the end of his or her second term.

The Gemini Mars mission has some similarities to the previously proposed Inspiration Mars mission, but eliminates its principle weakness by avoiding the requirement to use a rarely usable high energy trajectory that imposed excessive technology development, launch capacity, and schedule demands on the mission. Instead much easier and more frequently-employable low energy trajectories will be allowed. The contest will be open to teams of engineering students from universities around the world, with the team offering the best design getting a $10,000 prize, and prizes of $5,000, $3,000, $2,000, and $1,000 going to the second, third, fourth, and fifth place contestants, respectively.

Commenting on the contest, Mars Society President Dr. Robert Zubrin said, “We are calling this mission Gemini Mars, not just because it will have a crew of two, but because we aim to have it serve to open the way to the Red Planet in the same way that the 1960s Gemini program paved the way to the Moon.  This competition will provide an opportunity for legions of young engineers to directly contribute their talent to this breakthrough project to open the space frontier.  Furthermore, it will show what a powerful force space exploration can be in inspiring young people to develop their talent. By doing so, it will help make clear to the  political class in many countries the vital role that an inspiring space program could play in creating the intellectual capital needed to advance the lives of everyone on Earth.”

Rules
The requirement is to design a two-person Mars flyby mission that can be launched no later than 2024 as cheaply, safely and simply as possible. All other design variables are open.

Alumni, professors and other university staff may participate as well, but the teams must be predominantly composed of and led by university students. All competition presentations must be completed exclusively by students. Teams will be required to submit their design reports in writing by March 15, 2016. From there, a down-select will occur with the top 10 finalist teams invited to present and defend their designs before a panel of six judges chosen (three each) by the Mars Society and NASA. The presentations will take place during a public event at the International Mars Society Convention in Washington DC in September 2016.

The contest is open to university-based teams from any country in the world.

The page limit for the design reports is 50 pages, using 12 point type and 1” margins. Smaller type may be used in figures, so long as it is legible. The report may include references to supporting backup material, which may include published books or papers, as well as additional material generated by the team and posted on the team’s website along with the report by March 15, 2016. However there is no guarantee that the judges will read such material, so the 50 page design reports should be as complete and self-contained as possible. Design reports should be in English. Verbal presentations by finalists will also be in English; however teams from countries with other native languages may make use of a translator, provided they make such arrangements themselves.

All designs submitted will be published by the Mars Society, and NASA will be given non-exclusive rights to make use of any ideas contained therein.