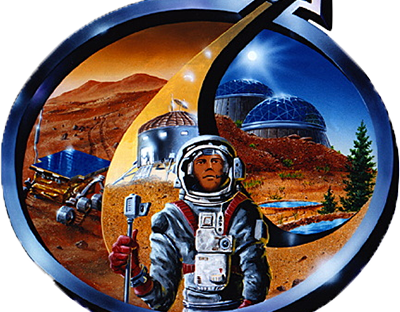 During the 18th Annual International Mars Society Convention, held in mid-August in Washington, D.C., the Mars Society convened its Steering Committee and decided on a number of major initiatives for the coming year. These include:

+ The Mars Society will attempt to intersect the political ferment associated with the now unfolding U.S. presidential campaign to mobilize its American members and chapters to take every opportunity to meet all presidential hopefuls while they are out on the campaign trail, as well as members of Congress in their home offices, to impress on them the message that the U.S. space program needs a goal, and that goal should be humans to Mars in our time. As part of this effort, the Mars Society will establish a political task force and will reach out to other U.S. space advocacy groups to try to arrange collaboration with them on this initiative.

+ As part of the effort to provide the currently adrift U.S. space program with real direction that could get the humans to Mars program underway, the Mars Society will launch an international student engineering contest to design the Gemini Mars mission, creating a plan for a two-person Mars flyby that could be
placed on the desk of the President-elect in late 2016 and be completed by the end of his or her second term.

The Gemini Mars mission has some similarities to the previously proposed Inspiration Mars mission, but eliminates its principle weakness by avoiding the use of a rarely employed high-energy trajectory that imposed excessive technology development, launch capacity and schedule demands on the mission. Instead, much easier and more frequently-used low energy trajectories will be employed.

The contest will be open to teams of engineering students from universities around the world, with the team offering the best design proposal receiving a $10,000 prize, with prizes of $5,000, $3,000, $2,000 and $1,000 going to the second, third, fourth and fifth place contestants, respectively.

Commenting on the contest, Mars Society President Dr. Robert Zubrin said, “We are calling this mission Gemini Mars, not just because it will have a crew of two, but because we aim to have it serve to open the way to the Red Planet in the same way that the 1960s Gemini program paved the way to the Moon.” Further details on the contest rules will be released in the near future.

+ The Mars Society intends to advance the plans for its one-year Mars Arctic 365 program by down-selecting to a single crew that will first be “put to the test” as part of an 80-day mission at the organization’s Mars Desert Research Station in the fall of 2016. The crew, including alternates, of Mars Awakening 80 (MA80), as the mission is being called, consists of nine individuals drawn from the U.S., France, Canada, Germany and Russia who previously made the cut of 21 finalists chosen from an initial pool of over 200 volunteers. More details regarding the new MA80 mission will be announced soon.

+ The Mars Society has decided to move its annual international convention from August to late September, so as to obtain much greater attendance from university students and faculty. Furthermore, next year’s convention will be held in Washington, D.C., placing it right in the heart of the “political storm” during election year. In addition, holding the convention in late September will position it close to the time of the landing of NASA’s INSIGHT probe, which is scheduled to arrive at the Red Planet towards the end of September. Additional details about the convention will be posted online in the near future.

+ Finally, a major effort will be launched to reactivate the Mars Society’s local chapters and task force organizations. To facilitate this, as well as many other Mars Society activities and initiatives, the Mars Society Steering Committee has selected Lucinda Offer to serve as the organization’s Executive Director. Mrs. Offer previously held the position of Executive Director, but left several years ago to pursue other opportunities in the United Kingdom. Welcome back Lucinda!