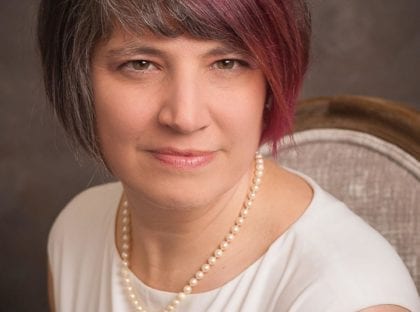 The Mars Society is pleased to announce that Dr. R. Aileen Yingst, Chair of MEPAG (Mars Exploration Program Analysis Group), a body chartered by NASA headquarters to assist in planning the scientific exploration of the Red Planet, will give a virtual address during the 23rd Annual International Mars Society Convention, scheduled for October 15-18.

The title of Dr. Yingst’s plenary talk will be “Mars for the Next Decade:  A Report from the Mars Exploration Program Analysis Group.”

As a senior scientist at Maine’s Planetary Science Institute, Dr. Yingst’s research work focuses on the macro- and micro-texture of surfaces on Mars, the Moon and other planetary bodies.

She obtained her A.B degree in Physics & Astronomy from Dartmouth College, as well as her M.S. degree and Ph.D. in Geological & Earth Sciences and Geoscience from Brown University. In addition, she received the National Space Club Distinguished Science Award in 2015 and was elected a Fellow of the Geological Society of America the same year.

This year’s virtual Mars Society convention will be free of charge (although donations are welcome). For more details, including how to register and sponsorship opportunities, please click here. Conference updates, including the list of confirmed speakers, are being posted regularly on the Mars Society web site and its social media platforms.

The Mars Society is pleased to announce that Peter Beck, founder, Chief Executive Officer, and Chief Engineer of Rocket Lab, a leading launch and space systems company opening access to space to improve life on Earth, will be interviewed virtually about his company and its plans for the future at the 25th Annual International Mars Society Convention on Thursday, October 20th at 3:00 pm MST. Rocket Lab’s capabilities span the space economy, including satellite design and manufacture, industry-leading spacecraft software… READ MORE >