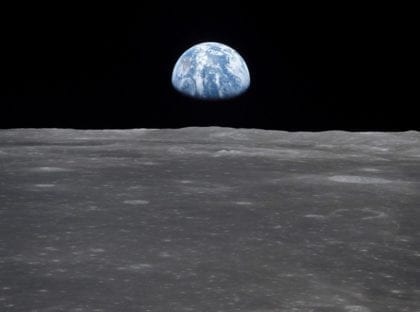 On April 11, 2019, the Israeli SpaceIL company’s Beresheet (Hebrew for “In the Beginning”) lunar lander crashed on the Moon. Beresheet’s payload, supplied by the non-profit Arch Mission Foundation, was meant to be an informational backup for the Earth. It included a DVD containing 30 million pages of human knowledge, as well as 60,000 etched pages requiring no computer to read, keys to 5,000 languages, and DNA samples from 25 people. According to Arch Mission Foundation chairman Nova Spivack, in case of catastrophe, this informational library, parked on the Moon, could be sufficient to “regenerate the human race.”

Many might consider Arch’s mission fanciful, others profound. But few objected. After all, it was their money. Creative people have certainly done sillier things. Too bad about the crash, though.

But then it came out August 7 that Beresheet was carrying an additional cargo, some 10,000 microscopic animals called tardigrades, on a postage-stamp-sized piece of tape. Known to amateur microscopists as “water bears” or “moss piglets,” these animals have the capacity to survive dehydrated in a dormant state for years, and to be highly resistant to radiation damage as well. Now they were on the Moon.

At first reporters reported the story with a light touch.  “Thousands of tardigrades stranded on the Moon after lander crash,” Mindy Weisberger playfully wrote in LiveScience. “Water bears stuck on the moon after crash,” reported the BBC. “There’s definitely some great source material for a sci-fi horror movie. Attack of the Moss Piglets from the Moon? We’d watch it.”

But alas, the fun didn’t last. “Tardigrades on the moon is not good,” proclaimed NASA Goddard-based astrobiologist Monica Vidaurri in a series of tweets August 10. She continued (breaks between tweets omitted):

It is not cute. It is the result of a major gap in accountability for planetary protection and ethics between public and private science, and we have no idea what can happen as a result. It means that the private sector can keep doing as it wishes. It means they don’t answer to any protections/ethics office. And the fact that nothing is happening in terms of policy, and that decontamination standards STILL have not been updated, is dangerous beyond imagination. And if you are thinking anything along the lines of ‘sweet, we made moon beings!’ Then stop. Think carefully. WE made something on ANOTHER world that we do not fully understand. It has an environment, even if we deemed it ‘barren’ to any life on earth . . .

What you are doing is showing excitement at the long history of forcing OUR values, systems, and in this case, living beings on another world. That is not our right, and it is not our job. If we carry on with that mentality, even if we took away the ‘colonization’ word the premise is the same. It’s colonialism. It’s imperialism.